All of you in the eventing world know Clayton Fredericks, who has enjoyed an amazing career, earning an Olympic team silver medal in the 2008 Olympic Games and riding as a member of the Australian team at the 2012 London Olympic Games. He won an individual silver and team bronze medal at the 2006 FEI World Equestrian Games and won the 2007 Rolex Kentucky CCI4* event as well as being the FEI World Cup Champion in 2005 and 2008. 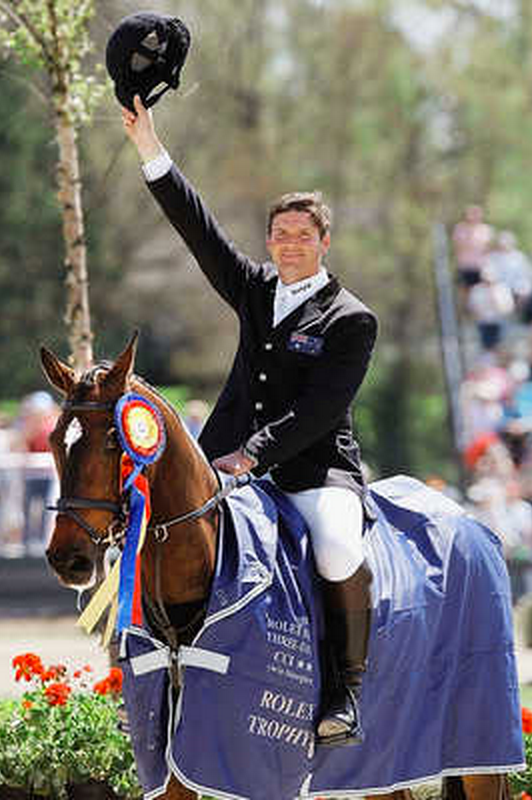 Now Clayton is coaching the Canadian Olympic team AND developing a major equestrian facility at his new location in Florida.

As busy as he is, Clayton recently took a moment and wrote to us about his experience with APF Pro.

Just wanted to touch base regarding the APF Pro.
We have been trialling the product on one of my young horses who has had problems maintaining condition and also been difficult to handle and ride. I’m not sure whether the APF Pro has addressed ulcers that have never been diagnosed or is working in some other way but the difference in this horse when he is on the APF Pro has been remarkable. Both his condition and temperament have improved and he has been consistently winning in Eventing.

Thanks, Clayton, for the wonderful feedback! And welcome to the team!